How to Collect Comic Books

Old comic books have value and are sought after by collectors.

Below is an overview on how to collect comic books, which comic book to collect, and how to store your collection.

Which Comic Books to Collect?

The crème de la crème is the first appearance of a familiar comic character (superhero or villain).

The more familiar the character is AND the older the first appearance is, the greater its value.

The quality of a comic book is also a consideration. Therefore, it is important to protect comic books and to store them in a safe way (more on that later).

The second appearance (and even third) of a character has value as well as the comic book which tells about the origin of a character.

Sometimes the second appearance and the origin of a character occur in the same comic book.

For collectors, when a comic character stars in a movie or a television series, its value increases significantly.

The reasons are that the character is exposed to a new audience, and that it gets a certain prestige.

Significant events in the life of a character, or in a world where the character lives, have value for collectors.

Most superhero characters have a unique outfit.

When a character receives a new outfit as part of the redesign of the character, it is considered a valuable comic book for collectors.

There are series of comic books that are published monthly or quarterly.

A complete series is valuable for collectors, depending on the characters or storyline, and how old it is.

From a time perspective, it is easier to purchase a whole series, if one finds it, than to collect each comic book in that series.

That said, the "hunt" for individual comic books, in order to complete a series, is the fun part of being a collector.

Collecting comics is a personal thing. Each collector has different preferences.

There are collectors who focus on collecting comic books of a certain figure or of a certain writer or illustrator.

Here, too, there is value to the first comic book that a particular writer or illustrator wrote or painted, as well to the second and third.

Many collectors regard a comic book signed by its creator as valuable.

For other collectors, ANY writing on a comic book lowers its value.

Since the introduction of superhero comic books in the 30s, comic books gained popularity with time.

From the 80s, comic books were printed in huge numbers, making them less rare and therefore less valuable for collectors.

Rarity, age, and popularity are the key factors.

Another important aspect to pay attention to is the condition of a comic book.

The higher the condition of a comic book, the more valuable it is.

Here are the terms collectors and dealers use for grading, from best to worst:

As mentioned above, comic book condition translates to value.

While there are standard terms for grading a comic book, there is a conflict of interest between buyers and sellers.

Sellers might benefit from a higher-grade comic book and therefore argue that a comic book is in better condition in their opinion.

There are companies who provide grading services.

This service comes at a cost, both time and money. At the end of the process, the comic book is graded and delivered back to its owner.

The 3 main grading service companies are CGC, CBCS and PGX.

In some cases, graded comic books are higher in value and more trustworthy.

For valuable comic books, grading service is something worth considering.

The value of comics, which belong to the American comics market and are based on superheroes, is also determined by the age in which they were published.

During this era, some comics focused on the victory of the good against evil.

The event symbolizing the beginning of this era is the comic book publication Action Comics #1 in which Superman first appears.

After an interim period, in which the popularity of comics came down, the Silver Age began in 1956 and continued until around 1970.

This era began with the renewal of many comic figures from the past such as the Flash and Captain America, whose publication was discontinued in the interim period, as well as the creation of new characters with human characteristics such as feelings and fears and with human concerns such as payment of rent.

The Silver Age also symbolizes the beginning of collecting comic books as a hobby.

Nevertheless, there is a return, as in the Golden Age, to dealing with dark subjects. Stories are adapted to political and social issues such as racism, alcohol and drug use, poverty and environmental pollution.

The Bronze Age is also characterized by the leading roles of anti-hero characters such as Ghost Rider (1972), The Punisher (1974), the mutant Wolverine (1974) and others.

The Modern Age of comic books began in the mid-eighties and continues to this day.

This is a time when the familiar characters have been redesigned and have become darker, and the stories have become longer and more complex.

This period also marks the rise of independent publishers.

Research any comic book before purchasing.

There are countless websites dedicated to fans and collectors.

One of my favorite is Comic Vine. It lets you search for characters, issues, movies, TV shows and more.

Wikipedia is another great source for information on comics. On the topic in general, or for a specific issue, character or event.

In addition, both DC Database and Marvel Database are full of info you may look for.

For prices, you can search eBay and Amazon for a specific comic book, and take notes on price range depending on condition and grading.

Comic Books from My Private Collection

Over the years, 3 characters have served as Ant-Man: Hank Pym, Scott Lang and Eric O'Grady. 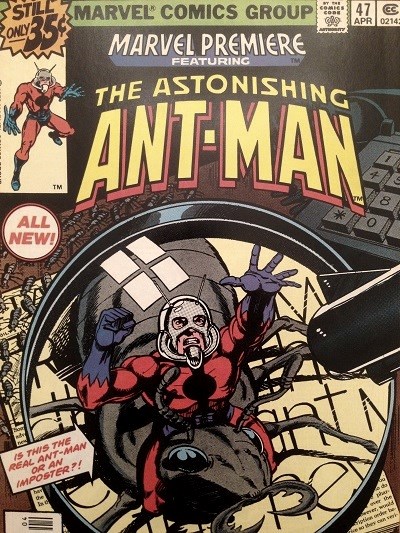 The first appearance of
Hercules, 1965 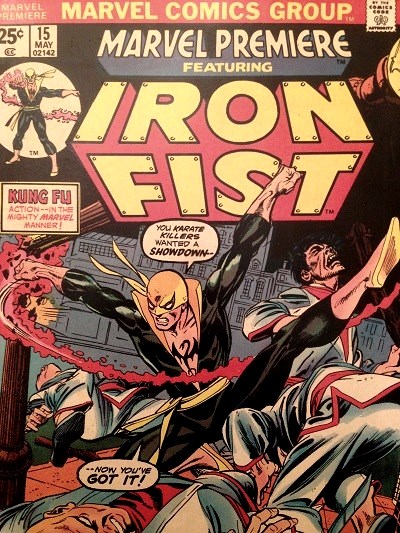 The first appearance of
Iron Fist, 1974 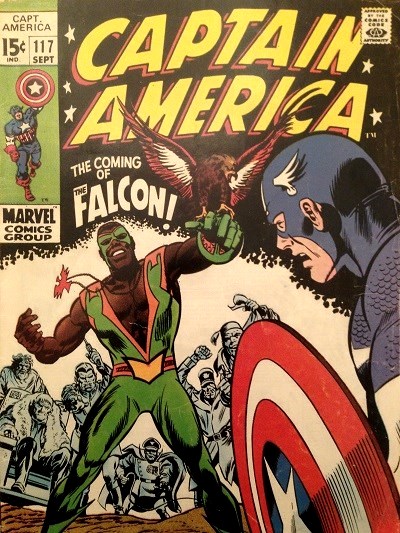 The first appearance of
Falcon, 1969

The Black Panther is the first black superhero.

He was followed by other black superheroes such as Falcon, Luke Cage, and others. 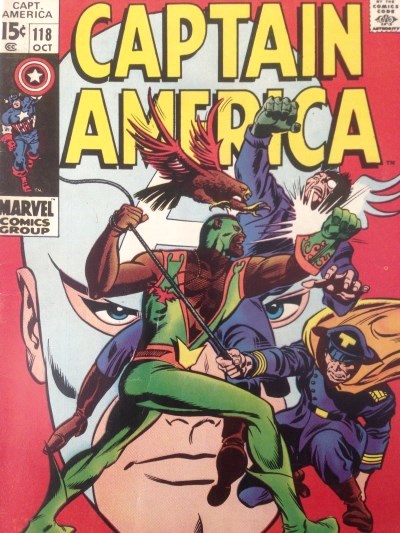 Hawkeye was interested in the Scarlet Witch, but she developed attraction to Vision, which led to a wedding. A Trade paperback is a book that combine a series of comic books into one long story.

These books usually do not have value for collectors, but they are great to read.

Trade paperbacks usually do not have any advertisements.

My favorite collections to read are Planet Hulk and its sequel World War Hulk. How to Store and Protect Comic Books?

It is a good practice to wash and dry hands before handling comic books, especially old and valuable ones.

To protect each comic book, it should be wrapped in a special plastic bag and an acid-free backing board.

The role of the backing board is to prevent bending.

Mylar bags are more expensive, but they are considered the best way to store paper.

Common thickness for bags made of Mylar (archival polyester) are 2mil (regular) and 4mil (thick).

Each comic book stored in a box should be covered by a bag to protect it from insects like silverfish.

Comic books can be stored in a special comic books box, which can be purchased at comic books stores or online.

Boxes for comics are usually made of cardboard but some are made of plastic.

The two common sizes for boxes are short and long. Other types exist.

Boxes with comic books should be stored away from direct sunlight and humidity. The size of the cover and backing board will be determined by the age of the comic book.

Most common sizes for cover bags for comics are golden, silver, current and magazine. Some brands use other terms for the bag sizes.

In addition, there are frames designed for displaying comic books.

Collecting Comics as a Profession or an Investment

Collecting comics, in most cases, is a hobby or a leisure occupation. It is also referring to comic books as a desirable art or as a valuable product.

As an investment, one should look for old, rare, desirable, good quality, and sane price comic books.

There are quite a few comic books which worth tens and hundreds of thousands of dollars, when originally their price was a few cents.

As a profession, there are quite a few traders. Today, trading is conducted mainly on the Internet.

Since the huge success of movies and television series based on comic characters, which opened the field to a new audience, the value of some comic books has skyrocketed.

The Library of Congress of the United States holds the largest collection of comic books with about 100,000 comic books.

Action Comics #1, featuring Superman for the first time, was sold for more than US$3 million on eBay in 2014.

This comic book, which was published in 1938, is considered the comic book that began the genre of superheroes.

Where to buy or sell comic books:

Comic books can be bought or sold in any local comic book store.

Today, most comic book trade is done online. Websites like eBay and Amazon are a good place to start.

I enjoy having a large comic book collection with many of my favorite superheroes.

That said, if I had to do it again I might do it differently. Meaning, focus on few valuable comic books. A large collection requires a large storage space.

It is fun to read comic books, but it is also fun to create them. Here is guide I wrote on how to draw cartoon characters.

If you want to learn to draw or paint online, check out these handpicked YouTube channels for learning to paint.

*All images of comic books are from my private collection.